Specifically photographing woodland wildflowers, which is what I have done a lot of in the past few years. That does not make me an expert, at all,  but I have learnt a few things along the way.

Wildflower photography does  have one advantage over photographing birds and mammals, if you mess up you can always go back later and have a second go, and then a third and so on. And I sometimes do!

However it is not easy to get good photographs, there are many problems.

Depth of field, many wildflowers are very small and to get a good picture you need to use a macro lens and then you will have a very small depth of field. There are some solutions to this, use a small aperture, f 16 or more. This will necessitate using a long exposure, the more so because woodland are often quite shady. I often use exposures of a 30th of a second or there abouts. This then necessitates using a tripod. And all this can go very wrong if it is at all windy. Many flowers are held up by very thin stalks and the slightest breeze can result in quite a lot of movement.

So choose your day and time of day very carefully, avoid wind, as already explained.  Avoid bright sunshine and if possible go for early morning or late evening, the magic light hours. The problem with bright sunshine is two fold. First of all a flower photographed in the sun will look harsh and the shadows will make it very contrasty. You need it in shade or on a dull day. Also with a  flower in shade there will often be shafts of bright sunlight penetrating between the gaps in the canopy and these will result in mega bright areas in you photo, especially if it is a shot where background is included.

The type of shot? Is it just a close up to show just the flower or flower head or do you want some background? A context shot. Getting a small plant in focus and some nice background also in focus or even half in focus to suggest the surroundings without having them in your face is a challenge.

Focus stacking can be a solution. This involves taking several photos and then processing them afterwards using something like photoshop  or affinity to merge them together. You set up your camera on a tripod, nice and firm, you do not want any movement at all and then focus on the flower in the foreground. You might want to look at the shot on the screen rather than through the lens, especially as the camera might be close to the ground and looking through the lens would involve you in lying on the floor maybe in the mud. Also if you view on the screen you can magnify what you are wanting to focus on and then manually focus so it is just right. Now take the shot, then with out moving the camera re focus on the middle ground and take a second shot, then refocus on the background and take a third shot.  When you get home you can stack all three and hopefully you will have a photograph where everything is in focus.  Often this does not quite happen because if there is even the slightest of movement between one shot and the next then you will end up with ghost images and stalks that have gaps in them and other aberrations… If this is minimal then some tidying up can be achieved with other soft ware but it is normally tedious and time consuming.

If you want to get a good close up of an individual  flower which has some depth to it the focus stacking can also help here.  Again the technique is the same, several photos with each one focused in a different plane and then merged together afterward. However I prefer to use a sort of rack and pinion set up. The camera is mounted on a rack which is then mounted on a tripod and then instead of changing the focus you just move the camera a fraction of an inch closer each time. You can get some up market racks where you program it to move a set distance between each  shot, say 1mm and it does this automatically. My set up is all manual at I just twist the knob a quarter of a turn each time.  This risks movement of the tripod of course.

This photo of a Broad-leaved Helleborine was three images stacked together. The distance between the front tip of the nearest petal and the back of the furthest petal is probably about 5 mm but with just one shot something would have been out of focus.

I should perhaps mention that I always have the camera set with a two second time delay on the shutter, this allows for any slight tremble that might arise from pressing the shutter to die down before the photo is taken. Alternatives would be to use an electronic shutter release also consider using mirror lock up as even the mirror moving can cause vibrations. When working with macro the slightest movement is a disaster. Usually the wind is the biggest problem. I have seen some people erect reflective screens around the subject and set up flash units all to keep the problems of  movement  to a minimum.

White and yellow flowers often come out too bright and mask details. So underexpose by a stop or half a stop and then details show up better, you can then brighten up the photo a little in your processing if needed. This Lesser Celandine was taken with the exposure stopped down and then adjusted afterwards. Taken at a normal exposure you would not see the different shades in the petals. 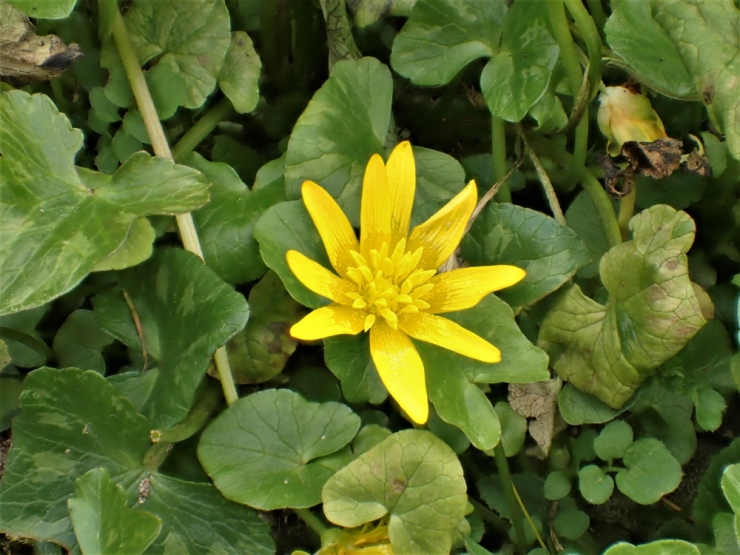 Gardening. Arranging the flowers and removing vegetation that is in the way should be undertaken with regard to not damaging or risking  the subsequent vulnerability of the plant being photographed. However moving a stick or pushing to one side some grass is fine and can make quite a difference to the final photo. Also maybe pushing two flowers closer together or getting them in the same focal plane can help.

Background, try to get your subject against a bland background, at least in its immediate vicinity. You do not want more flowers a foot or so behind your subject so that they are out of focus but distracting the eye.

Use a flash??? sometimes it is worthwhile. It reduces the wind problems but does result in a very dark background which can look dramatic but you don’t want it all the time.The photo below of a Greater Butterfly Orchid was taken with flash.

I use Cannon and have a 6D mk 1 which is full frame and almost as good as  and much less money than the 5D.

I also have a  70D which is not full frame and I use that mainly in conjunction with a telephoto lens for wild life.

Very useful and I use it a lot is my Olympus TG4. It fits into your pocket and weighs nothing. I takes macro photos and will perform focus stacking in camera. Also is rugged and shock proof and waterproof to a depth of 25 M ….not so important for wildflowers? but this is a great camera, especially if you suffer from backache.  There are newer versions TG5 and TG6… in my opinion not as good as they have less megapixels and are more expensive. 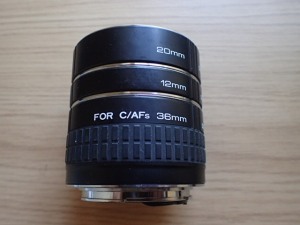 Small tripod with non extendable head, which means you can splay out the legs and get it much closer to ground level. I mainly use this.

Flash unit. small but versatile, comes with diffusion hoods and can be used off camera.

So that is it, I do have a light box but have only used it a couple of times for wild flowers. Once for a Bittercress which is a very common weed in my garden and has tiny flowers, so I picked one and set it up so I could get a close up of the flower head. However picking wild flowers is not on so the light box is rely used in my pursuit of wild flower photographs.