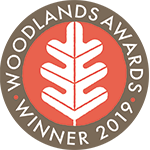 Not surprisingly this site is about wild flowers you can find in the  woodlands of Great Britain. Virtually all the photographs of the flowers were all taken by me and a lot of them were taken in the Wye valley and Forest of Dean areas in Gloucestershire and Monmouthshire.

I lived in the Essex countryside as a child (except for one fairly traumatic period of two years  in the East End of London). I then studied Botany and Biochemistry at London University, though I don’t ever recall studying an actual flowering plant. It was mostly blue green algae and sub-cellular stuff. A period of teaching in schools and colleges was then followed by 30 years in Norfolk setting up and running a Field Study Center catering mainly for ‘A’ level Biologists.

During this period I not only taught ecology but I also learnt a lot about all wildlife including wild flowers partly by personal observation but also by talking to all sorts of country people such as gamekeepers and landowners, nature reserve wardens and just local experts. They all helped me to build up a bank of information which I am now using to illustrate the texts I am writing here.

Recently I have published a book on Woodland Wildflowers, which is its title and the publishers are Merlin Unwin based in Ludlow. The rrp of the book is £20 but some discounts are available from some of the big outlets like Amazon. It is available at all booksellers and I would encourage you to use your local independent book shop.