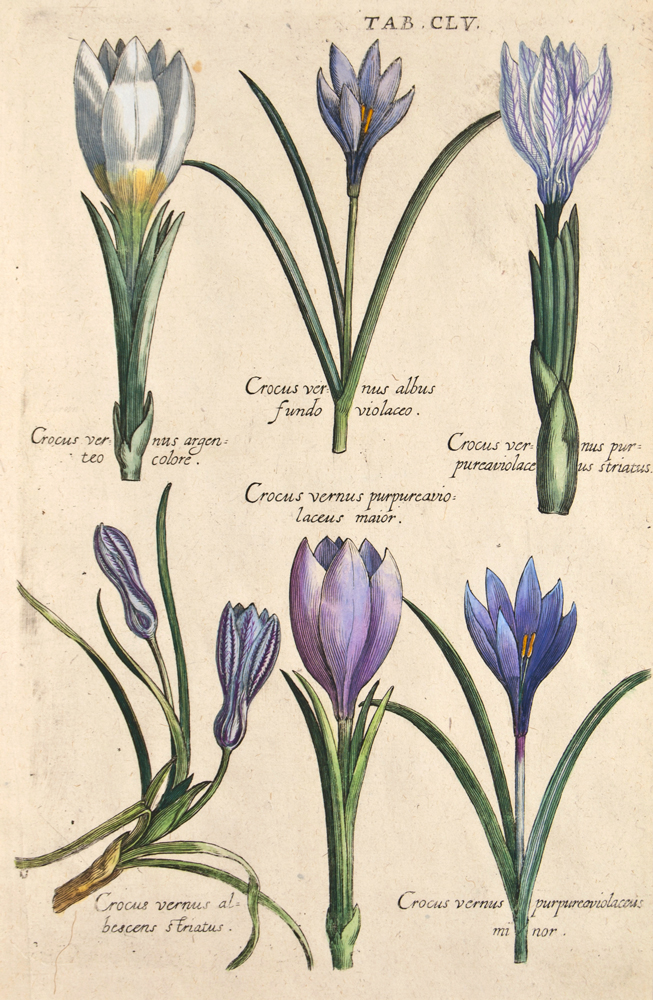 The  photograph below may be C.vernus but I suspect it is another species called Crocus tommasinianus, the woodland crocus, or  early crocus. 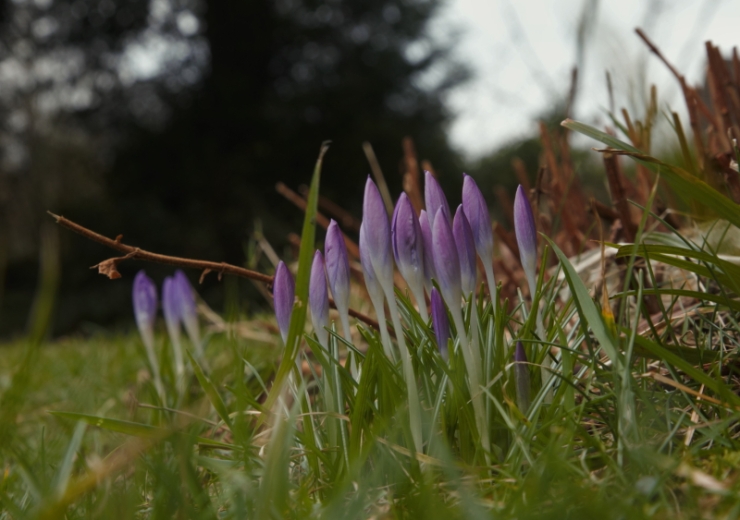 This photo was taken on 7th Feb 2018, in the churchyard of St. Michael, Tiddenham Chase, which is between Chepstow and Coleford in Gloucestershire. The church comprises a nave and chancel in Gothic style and was built on the Chase in 1888.

To be honest the Crocus genus is a bit of a nightmare as there are over 30 different species and a vast number of different cultivars. To get an idea have a look at this wikipedia page on Crocus species.

The original cultivar is quite plain and rather thin. Over the years more bold forms have been developed, which have a stronger colour and a more substantial shape, also some have a less uniform colour, involving two tone stripes and white lines. Although one can see that even back in the 1700’s there were several different versions.

The photos below are of some crocuses we bought in the local garden center a couple of months ago, Inkpen in Berkshire was too far to go just for a crocus, ice though they are. 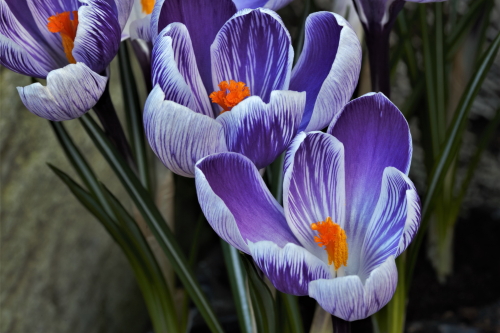 This is what the BSBI says about it

‘C. vernus, introduced into cultivation in Britain before 1600, is very common in parks and gardens and was first recorded in the wild in 1763. Some populations may be relics of cultivation as a substitute for saffron, and it is still found in great abundance at a few long-established sites such as at Inkpen (Berks.). It is unevenly recorded.’

Inkpen in Berkshire is a site famous for its Crocus field and I visited on 3rd March 2020. There were lots of Spring Crocus there and I took some nice photos of individuals and little groups. However despite the estimates of 40,000 crocuses ( is there such a word? crocuses) I was not that impressed. There were a lot that had been eaten and some were yet to come out and some had gone over. So it is obvious that you are not going to get all 40,000  out on one day but whilst I did not count them I would be surprised if there were 4,000 out. It makes a show but not quite what I expected, also it is only a fairly small area, once you go down the hill the grassland on the other side does not have any crocus plants.

Still I have seen them and maybe another year they are more spectacular, the weather this year has been very wet, maybe that affects them. Below is a slide show of some of my photographs.