I noticed that there are some Dogs Mercury plants in flower this week (starting Sunday 22nd of Feb 2017) They are  growing  lower down the Wye valley hillside close to the river, higher up where it is slightly colder they still have a way to go. The flowers are nothing special, they are a green/yellow colour, and quite small and they are formed  in loose bunches. There are male and female flowers and they are borne on different plants. Apart from seeds, these plants can also reproduce by producing underground rhizomes. When you look at a patch of Dogs Mercury it will most likely be just one individual plant which has spread out by virtue of the rhizomes slowly creeping through the soil. Each patch/plant can be hundreds of years old the Dogs Mercury plants often outlive the trees growing above them. Here are two patches of Dogs Mercury growing on either side of a path. 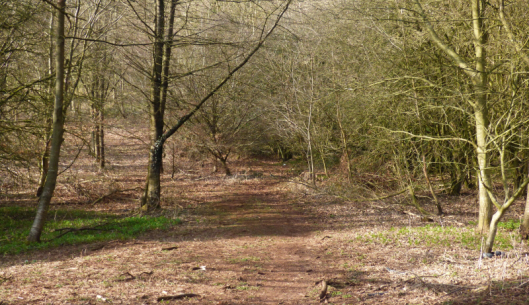 The patch on the right ( more in the sun and thus not so green) is male, whereas on the left they are all female, and they could easily have been there for hundreds of years.

The male flowers have tiny little anthers and are easier to spot because they are generally held up above the leaves where presumably the wind can pick up the pollen and distribute it.

The female flowers are more difficult to see as they are tucked down between the leaves and the stem, they are white and feathery and the stigma which is about all you can see is bifid, ie split into two. 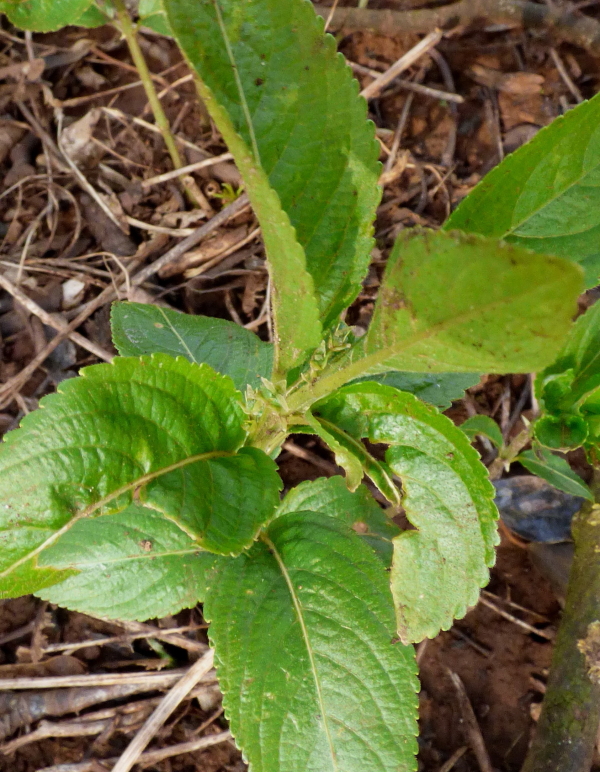 Dogs Mercury is a typical woodland plant in that it can tolerate quite a lot of shade, however you do sometimes find them growing in hedgerows, particularly if the hedge is an ancient one, which is a remnant of former woodland.  True woodland species have adapted to the lower light conditions found in the woods in various ways. Dogs Mercury exhibits two special adaptions particularly well. If light is a limiting factor then it stands to reason that making yourself more capable of collecting what light is available will be to your advantage. The light collection is carried out by the chlorophyll which is contained in the chloroplasts and Dogs Mercury can increase both the number of chloroplasts per cell and the amount of chlorophyll in each chloroplast. This makes the leaves look much darker green. Especially plants that are growing in the most shady places will be quite dark green.

If you go to a coppiced woodland, which has been coppiced in the last few years, you will see that the Dogs Mercury plants growing right beside the old stool of the coppice will be much darker than plants growing a foot or so out from the stool. The closer to the stool  the more shady it gets. 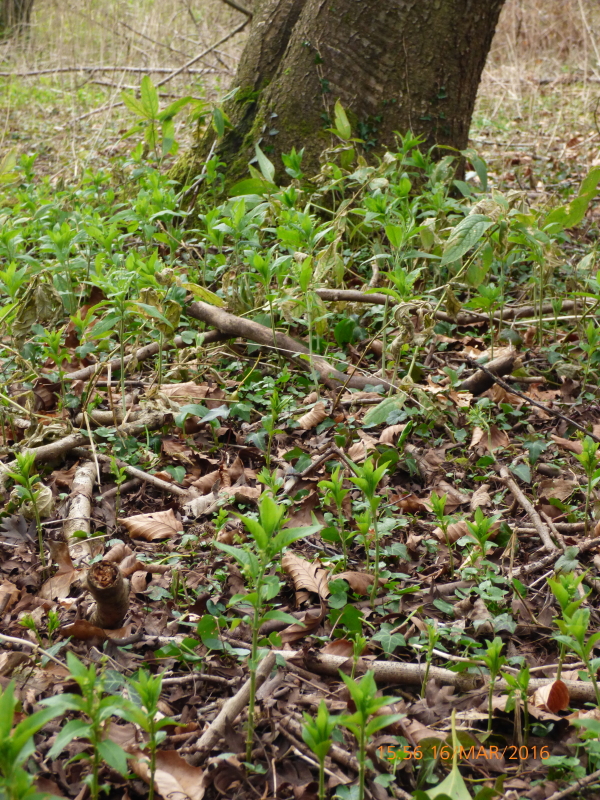 Also you will notice, if you are observant, that the plants growing close to the stool are generally taller and have bigger leaves.  Bigger leaves means better light gathering potential and taller means out competing your neighbour. (Not as one of my students once said that the plant is closer to the sun.) 149,597,870,700 meters or 149,597,870,699.75 meters is not going to make that much difference. 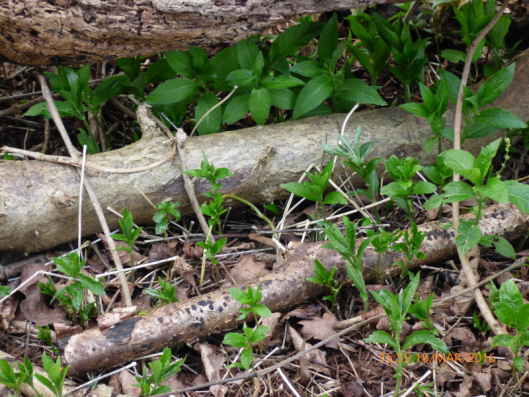 Many woodland plants as I said show various adaptations to overcome a lack of light, so when light is not a limiting factor the plant will grow to its normal height and have normal sized leaves, as light becomes in short supply the plant grows taller and develops bigger and bigger leaves. However this can not go on for ever, otherwise just before it got pitch black the plant would have developed into some enormous ‘trifid’ with leaves like rhubarb. Now there comes a point where despite having grown taller and increased leaf size, the plant is receiving only enough light to just stay alive. This is known as the compensation point and if the light fades below this level then there is nothing more the plant can do about it and if the conditions endure or get worse then the plant will die. In the  photo  above you can see that the plants growing under the log and thus in a more shady place are considerably larger than those growing in the open.

The lower down the light intensity  scale that the compensation point is reached, the more capable the plant is of living in shady woodlands. Dogs Mercury is very tolerant of low light intensities as is Wood sorrel. Please note that the photos shown here were taken quite early in Spring and the effects I have been talking about become more pronounced as the year progresses.

Below is a photo taken at the end of May where you can see the seeds developing. 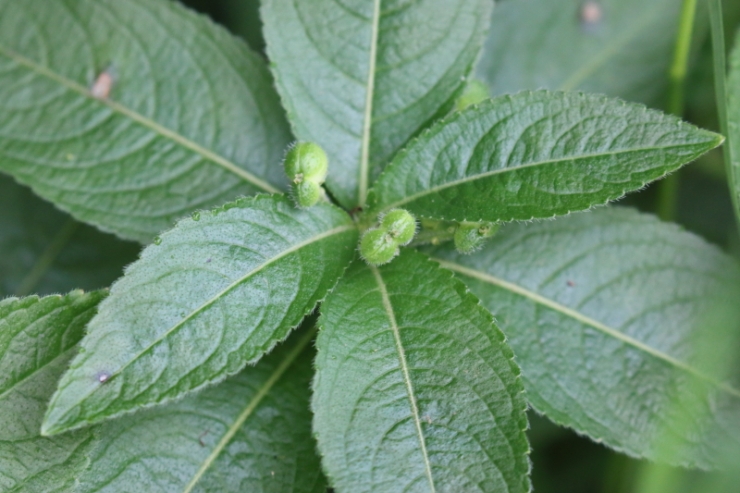 The name Dogs Mercury is interesting, mercury is a poison and Dogs will often eat a small amount of this plant. It will then quickly cause them to be sick, this has the bonus of bringing up any fur which might have accumulated in their stomachs as a result of licking themselves.  Cats of course are much more likely to develop fur balls as they wash themselves far more than dogs do, but dogs do still produce them sometimes. On another website there are numerous accounts of dogs eating this plant, however none of them mention the expulsion of fur.