Not really a full on woodland plant, you can find it growing in a variety of places, there is quite a patch of it growing on some disturbed ground on the edge of the car park at my local gym. 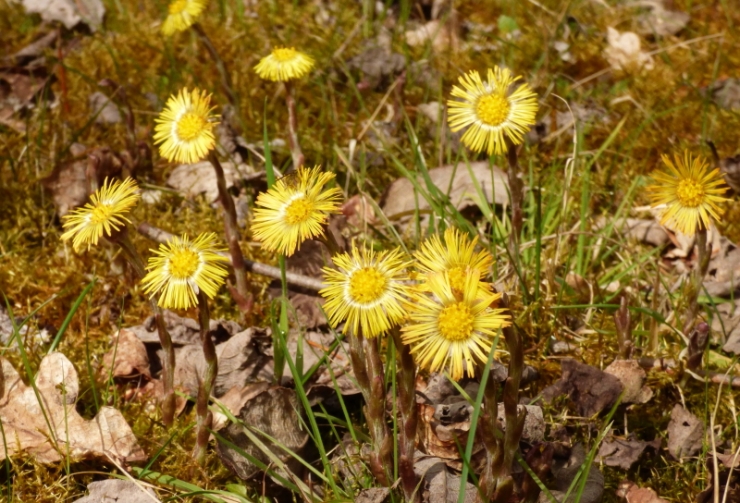 However as you can see from the photo below it does grow in woodlands. 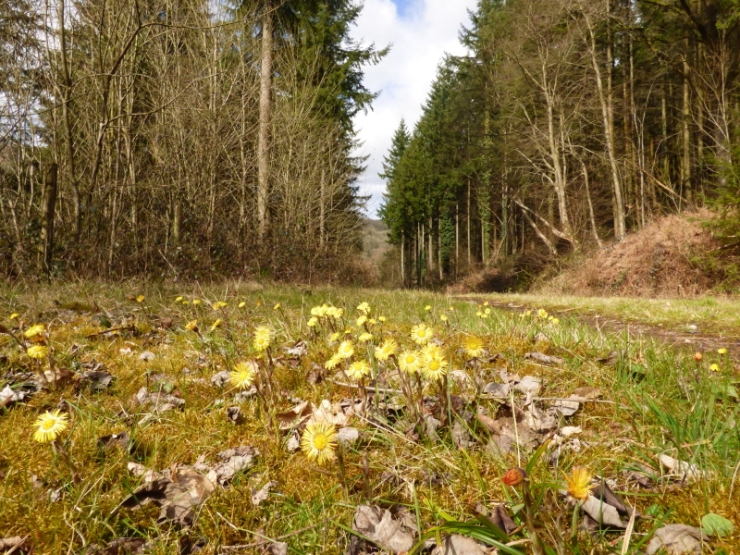 This patch were growing on the edge of a forestry path through some woods between Bigsweir and Redbrook along the Wye valley.
They flower early and usually produce their flowers before the majority of leaves are produced.  The leaves are large and light green on top with a very hairy and grey underside. By the time the leaves have fully developed the seed heads are to be seen, these are very white and composed of a tuft of  fluffy wind dispersed seeds.
As you can see here there are no leaves, the green you can see is grass. The flowers are typical compositae with the yellow ray florets and the central disc florets also a yellow colour.

The very base of each ray floret is a slightly lighter yellow so it produces a lighter almost white circle around the central disc. Although the flowers look a bit like dandelions, it is more closely related to Groundsel and is in the Aster family. The flower does look a lot like the garden Aster except it is yellow not purple! Colt’s-foot leaves, which appear just as the flowers are fading (from whence comes one of its old common names ‘Son before Father’) continue growing throughout the spring and early summer months and eventually are large enough to be mistaken for Butterbur.

There is a patch of it growing out of a pile of asphalt rubble which is at the edge of the car park to Rockets Gym in Coleford, Gloucestershire, where I go three times a week. It started to try and flower just before the heavy snows at the beginning of March 2018, now (7/3/2018) the snows have almost gone and today it was again getting on with the job of flowering.

Here is a photo of the seed heads, this was taken in May in woods at Tiddenham Chase near St Briavels Gloucestershire. 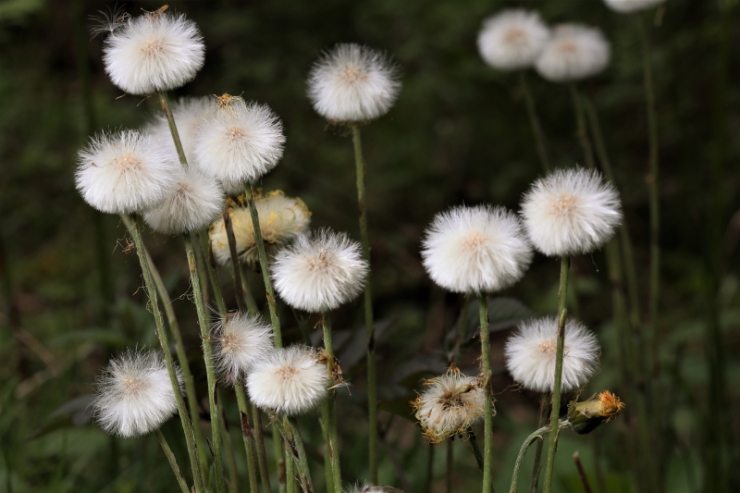 Finally here is a photo of a coltsfoot which was actually growing in Ninewells wood. 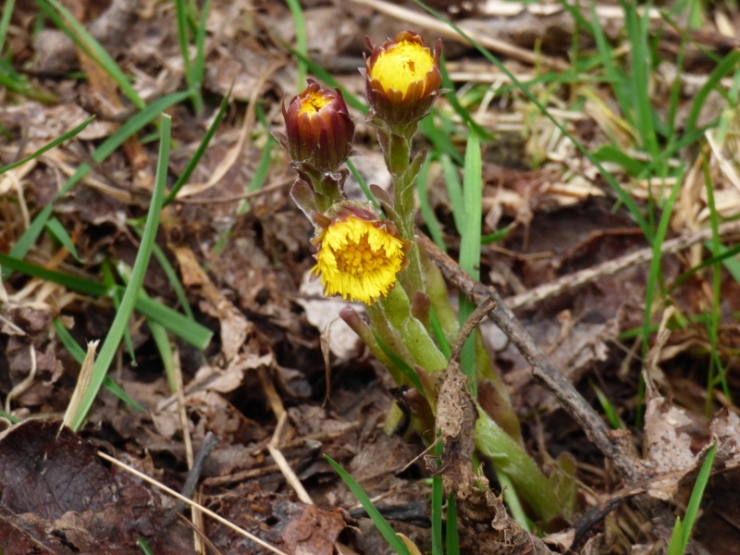